Liverpool is second in the Premier League standings after 15 rounds, in which they found 35 points. The gap to Manchester City is only one point. In the last round, Liverpool won a major victory over Wolverhampton (1-0). The only goal Divok Origi scored in the last minute.

A few days after that, Jurgen Klopp’s team won against Milan (2:1) at San Siro. Interestingly, Origi scored one of the goals again. And Liverpool, by the way, became the first English club to win all six matches in the Champions League group stage. Liverpool’s winning streak is already six matches, in which the Reds have scored 17 goals. Find out more football predictions as we always choose the most exciting matches for your attention. Aston Villa, meanwhile, is in 10th place after 15 games played. Now the guests have 19 points. Aston Villa had a serious slump, but the team literally revived after the appointment of Steven Gerrard as head coach.

In the first four games under Gerrard’s leadership, the Birmingham club grabbed three victories, and the ex-Liverpool captain was eventually named the Premier League coach in November. In December, Aston Villa kicked off with an energetic match against Manchester City (1:2), which left a good impression despite the result. And then there was a victory over Leicester (2:1).

The odds for this match are the following: Liverpool’s win at 1.25, a draw at 6.90, and Aston Villa’s success at 12.50. It would seem an ordinary match, but it is not. This will be Liverpool’s first meeting with Gerrard, who began his career in the Premier League and is likely to return to Anfield in a few years.

Aston Villa will fight, but they are unlikely to stop such a strong Liverpool, which rested enough in Milan as played with a reserved squad. You could also consider betting on Liverpool to win and both to score at 2.62 odds. To win more with huge bonuses, higher odds, and without risks – visit our betting sites rankings page. A fresh review of the most reliable offers for Indian bettors will be helpful for you. 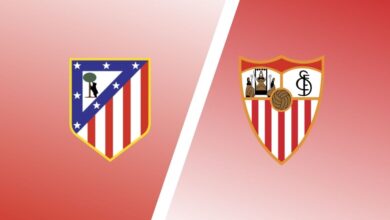