Arsenal is sixth in the Premier League standings after 16 matches in which they have scored 26 points. The Gunners had a great recent match against Southampton with a 3-0 win.

Alexander Lacazette and Martin Odegaard distinguished themselves in the first half, and after the break, Gabriel finished off the guests. Find out more football predictions in India as we always choose the most exciting matches for your attention. West Ham, meanwhile, is in fourth place with 28 points in 16 games. December West Ham started with a 1-1 home draw against Brighton. And oddly enough, after that, David Moyes’ team won a home victory over Chelsea (3:2). However, the teams then drew with Burnley in the away game (0:0).

Most likely, the opponents will exchange goals in this match. It’s hard to say who will win. So, it’s better to choose both to score + total over goals 2.5 with quite attractive odds of 2.1. To win more with huge bonuses, higher odds, and without risks – visit our betting sites in India rankings page. A fresh review of the most reliable offers for Indian bettors will be helpful for you. 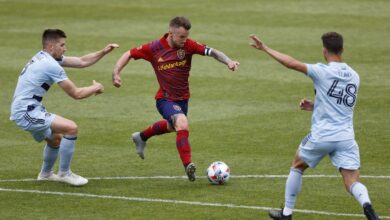 Kansas City vs Salt Lake: prediction for the match