After a one-day break, the second match between the sides will be played at the same arena in Kolkata. Regardless of the venue, it’s hard for West Indies to expect an easy win against India in away games.

Although the opening T20I ended in a predictable fashion, the win for the hosts was pretty tough. Yes, Indians chased well, and even one over earlier, but the final contribution was made only in the very last overs. Find out more cricket predictions as we always choose the most exciting matches for your attention. The decision to bowl for India was predictable after they won the toss. The previously played ODIs displayed that bowlers in the Blue jerseys were in good shape.

However, West Indies came to the shortest format with a series victory over England. At the same time, the Twenty20 form is better adjusted for individual performances, where batsmen can risk more often. The score of 157 runs (7 wickets) just proved this idea, as the guests showed a similar result in ODIs, where they had 50 overs but didn’t make even a 200. The target looked good for India, and they even started pretty well.

The opening duo of Sharma and Kishan made 57 runs in the powerplay, setting a pretty easy target for the rest of the game. However, the further ten overs turned to problems with bringing the team to only 120 runs. Luckily, Yadav & Iyer made the final contribution in a confident manner, delivering with almost 200 SR in the last overs. The first T20I showed the difference between the formats and how can the underdogs turn the game in their favour. The renewed Windies’ roster has personalities to oppose even global leaders, and India has to take it into account. One successful day of a batter or bowler can bring serious problems to hosts.

Nonetheless, it hasn’t led to the serious changes of the odds as bookies were still sure of India’s victory. The coefficient for the victory of the hosts is 1.32 (slightly dropped compared to the first T20I), while West Indies are estimated with the odds of 3.45. It’s still hard to believe in the victory of the West Indies, but that is a more likely outcome in terms of odds and real probabilities. To win more with huge bonuses, higher odds, and without risks – visit our best betting sites rankings page. A fresh review of the most reliable offers for Indian bettors will be helpful for you. 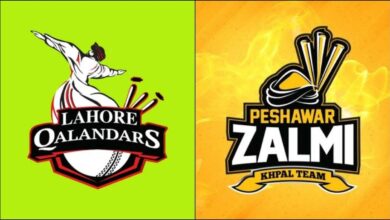 Peshawar Zalmi vs Lahore Qalandars: prediction for the PSL game