The world’s first racket Novak Djokovic has left Australia after a Federal court ruled to reject his visa revocation appeal. The Serb has already departed from Melbourne airport without even starting playing at the Australian Open.

Australian authorities revoked the Serb’s visa on Friday, citing his refusal to vaccinate against coronavirus. The tennis player filed an appeal against this decision, which the court unanimously rejected. It caused a lot of discussions and anger from the side of athletes, who saw this decision as political.

At the same time, Andy Murray advanced to the second round of the Australian Open. In the first round, the Briton defeated Georgian Nikoloz Basilashvili in five sets (6:1, 3:6, 6:4, 6:7(5), 6:4). Rivals spent almost four hours on the court, during which Murray made 13 aces and made nine breaks.

Murray has not played in the Australian Open since 2019, and the first round of the Australian major was held for the first time in five years. This year, Andy received a wild card for participating in the tournament. In the next round, Murray will play with the Japanese Taro Daniel, who today defeated Tomas Barrios in three sets – 7:6 (5), 6:1, 6:1. Want to know more about tennis sport news for today and don’t miss the important news? Subscribe to news99india.in and receive the latest updates to your email.

Alaba ready for Real, transfer saga near the end 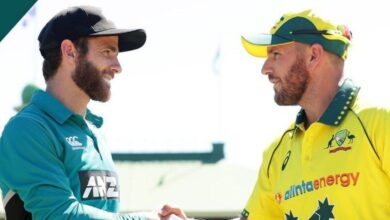